I had the best Mother’s Day! Benjamin and I spent the morning making a Mother’s day card out of Play-doh. It was so much fun. He wants me to make a bunch of little Play-doh balls so he can squish them. He also likes to sort them into different colors and say “blue” or “green”. I made a sort of oval-shaped ball and Benjamin’s face lit up as he pointed and announced, “footfall”. Now he asks specifically for footballs every time we crack the Play-doh lid. 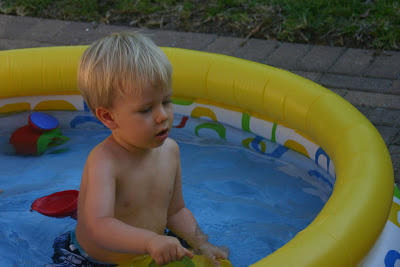 We spent time outside in the baby pool. We took pictures in the front yard. Benjamin and Lyla cuddled and watched Sesame Street together (although Lyla did more playing with her toy mat than watching Elmo). 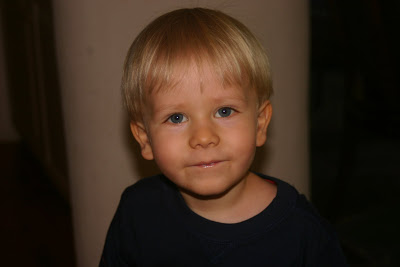 And Grant taught Benjamin to say “I love you, Mommy” for the first time (he had been just saying “I love you”).
We also got to spend the day with my Grandmother, Aunt, and cousin, and had pulled pork bbq sandwiches for lunch. 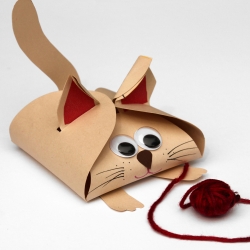