When I was younger I remember making these little penguins out of pipe cleaners. I didn’t have either black or white pipe cleaners so I thought we could make other animals. We made an elephant, a frog, and a bird. (Here I made a pipe cleaner Chameleon).

Frog: First coil a green pipe cleaner loosely around a pencil. Fold another one in half and then bend back the two ends. 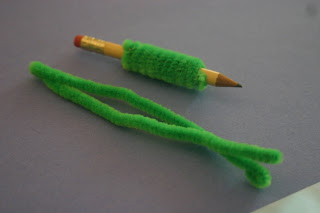 Fold back both sides to make a sort of heart shape at the top. These will be the eyes. 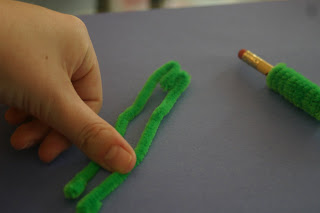 Stick this second pipe cleaner through the coil. Stick the feet out of the bottom coil. 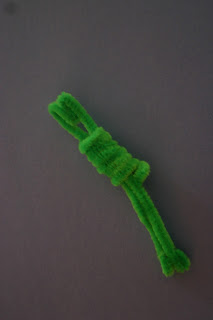 Pull down the second pipe cleaner until the eyes barely stick out of the top of the coil. Then fold up each leg. 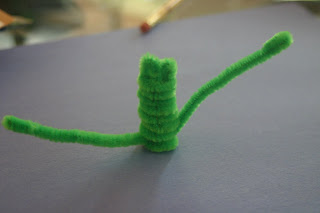 Beware of cats. Apparently pipe cleaners are like cat nip to them. 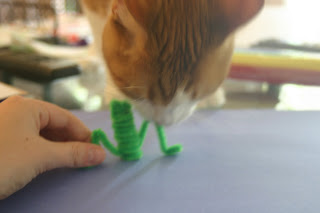 Bend down the legs. Glue on little eyes. Add a tongue. (You could also add front arms, but I chose not to) 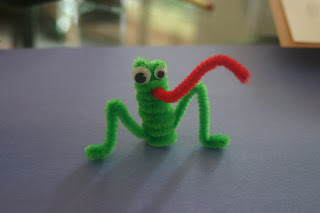 The Bird: Coil a red pipe cleaner around a pencil. 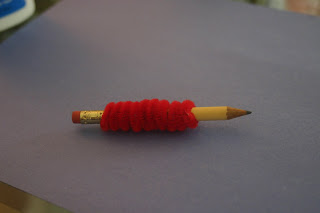 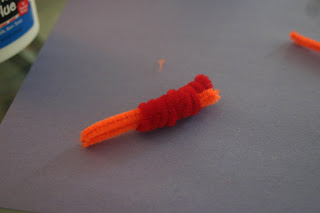 Bend forward the beak. Fold over and bend forward the feet. It was a little difficult for me to get it to balance. Cut a red pipe cleaner in half and stick it straight through the coil. 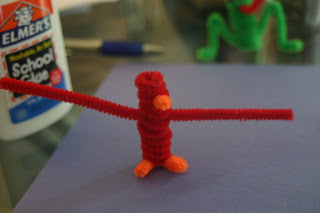 Fold over the wings. Glue on eyes. 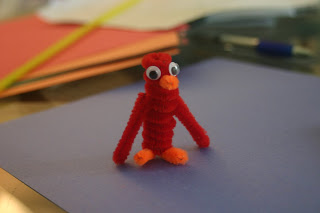 You could stop here but I decided to add a little flair. 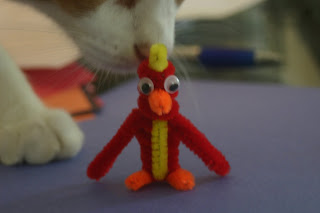 The Elephant: This one ended out being a little harder to make. First coil a blue or gray pipe cleaner around a marker. Stick out a little tail. 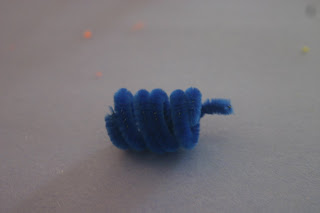 Cut a pipe cleaner into thirds. attach one to each side. Attach the third to the front as a trunk. 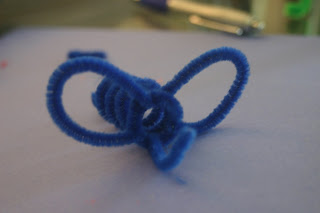 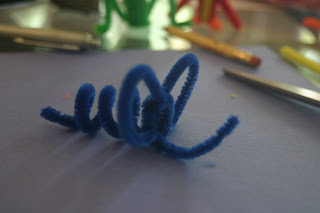 Cut another pipe cleaner into halves. Stick them through the bottom of the coil. 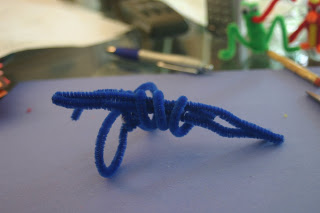 Fold down all four of the legs. Fold up each of the feet. I had to make the back ones a little shorter than the front ones to get it to balance. Glue on the eyes. You could also add little tusks with white or gray pipe cleaners. 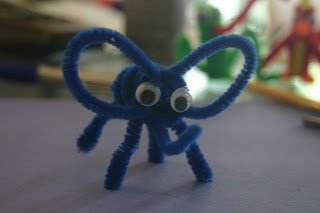 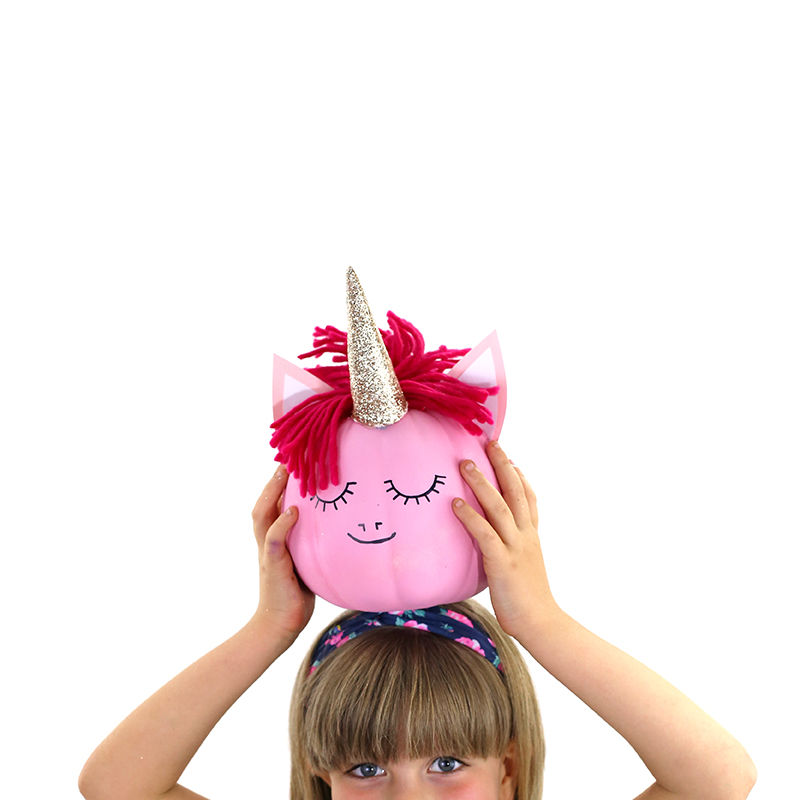 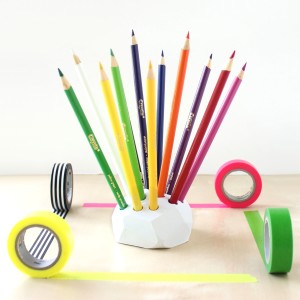 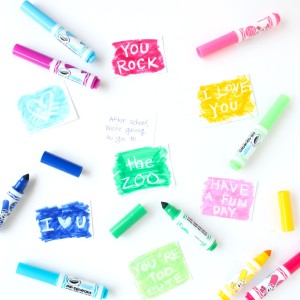