I wish that I had a large house with lots of walls so that I could cover them all with bookshelves. There are so many spectacular and creative bookshelf designs out there. Scroll down to the bottom for the DIY bookshelf inspirational ideas.
1. Multi-functional design from Yoon-Zee Kim via Cube Me
A desk, chair, and bookshelf all in one 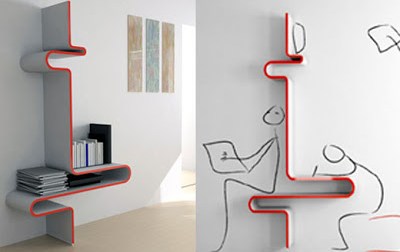 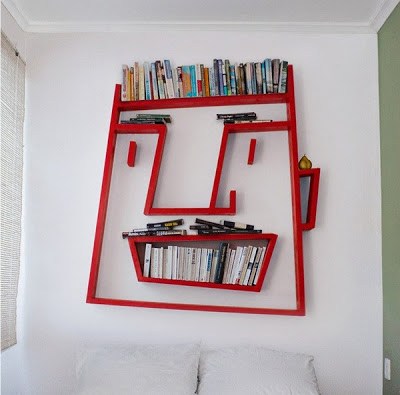 3. The Movement bookcase by Samulnoli via LikeCool
The bendable arms and legs literally grab your books. 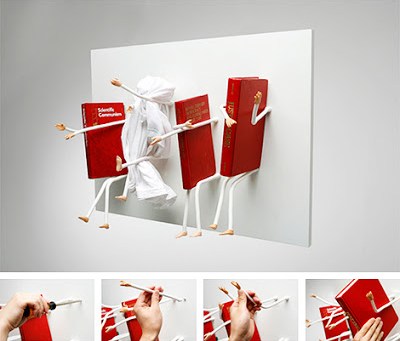 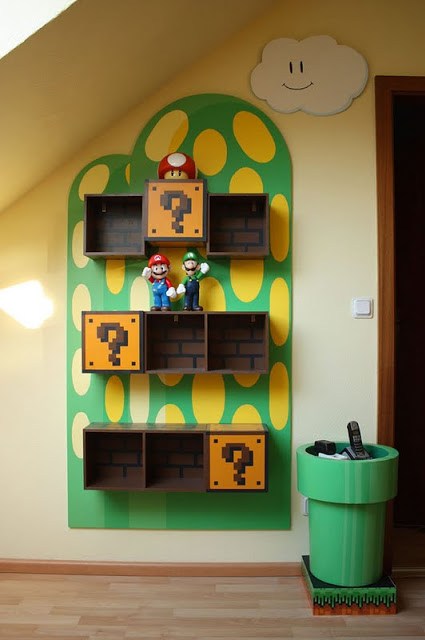 5. Branch bookshelf by WOKmedia via Swiss Miss
This white branch shelf would look fantastic in a nursery. 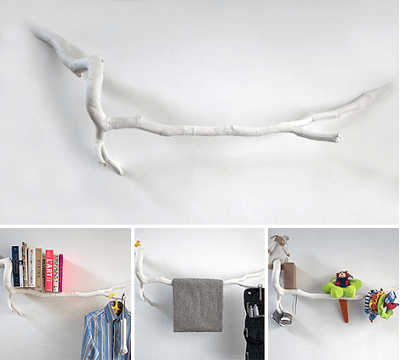 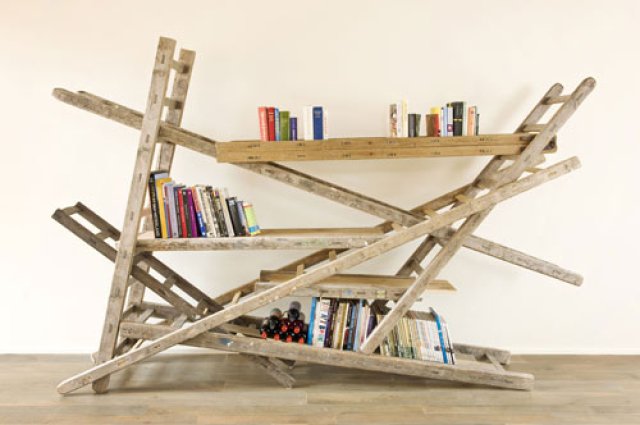 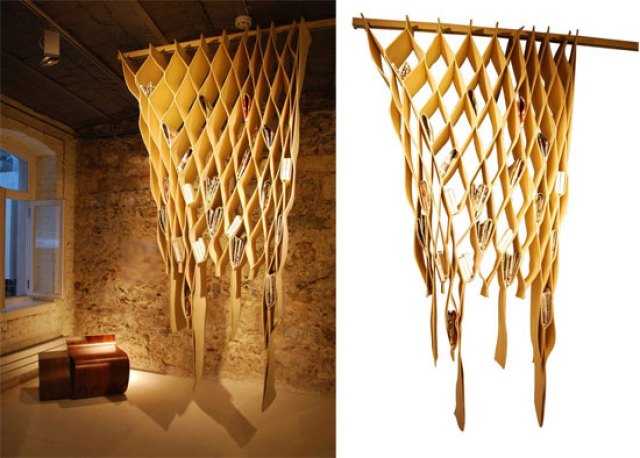 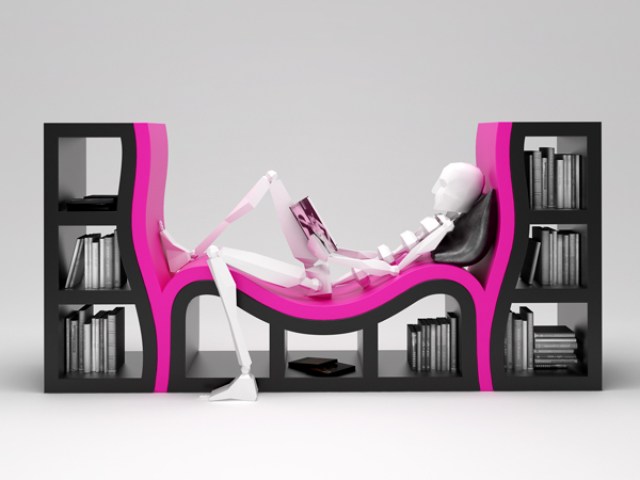 9. Ron Arad’s “Oh, the Farmer & the Cowman Should Be Friends” bookcase via Core77
I love this 48 States bookshelf. Fantastic. Only 6 of these were ever made. 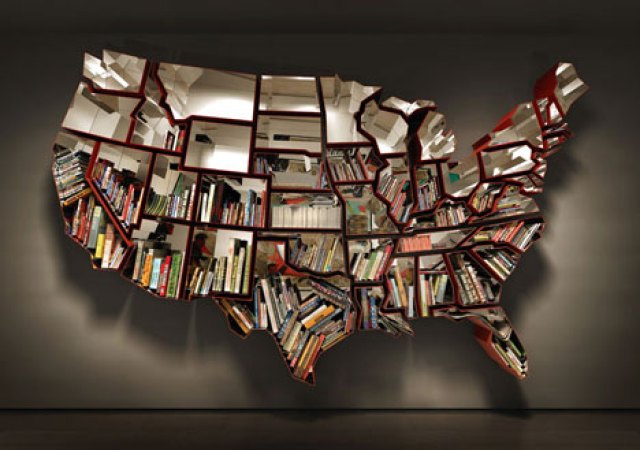 10. Tree bookshelf by Shawn Soh via Design Artist
I am waiting for IKEA to make a knock off of this one. 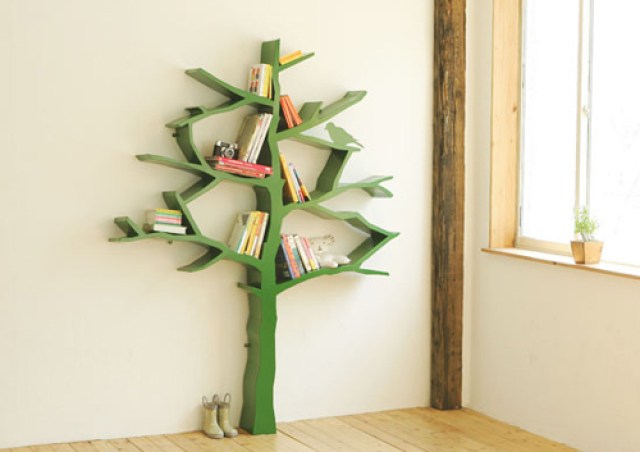 11. Aakkoset bookshelf from Kayiwa via Gizmodo
Store your books inside the letters of the alphabet. 12. Circular window bookshelf via Casa de Valentina
This entire room is amazing. I want to build my own house just to have a round bookshelf window. 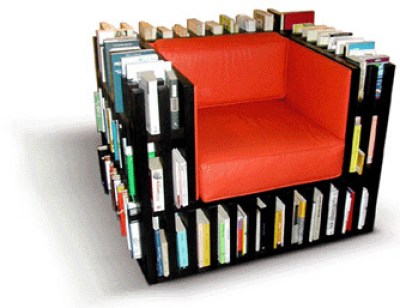 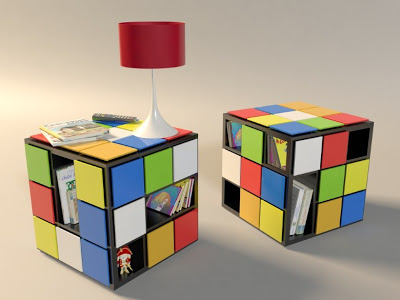 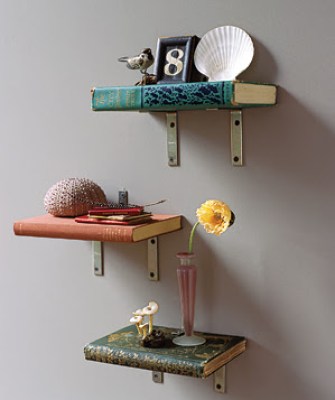 17. Organize your books by color 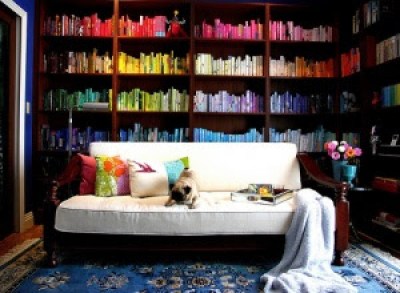 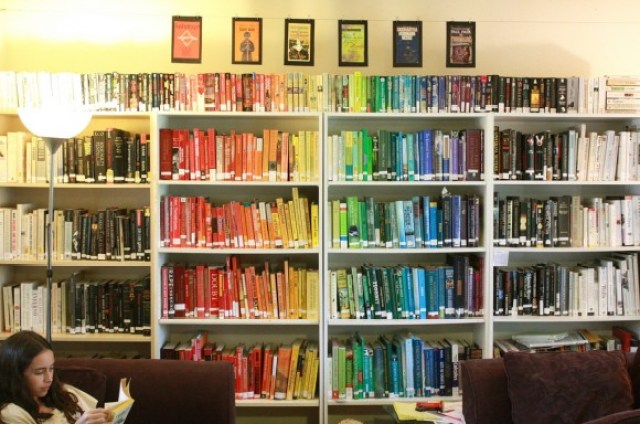 18. Surround your bed or room with books and shelves 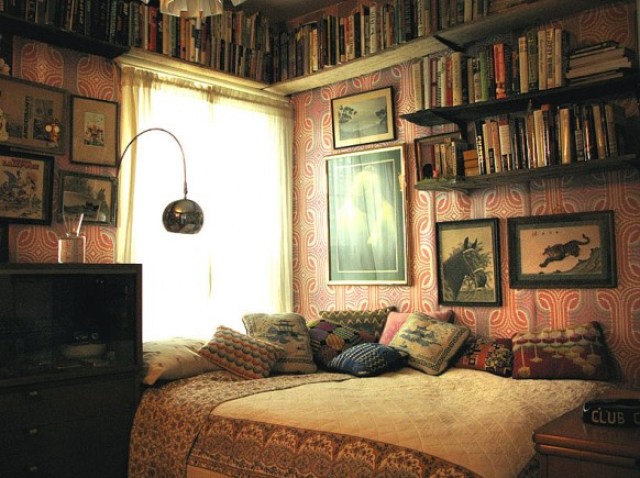 19. Add bookshelves (IKEA spice racks) to the side of a dresser
via On the Banks of Squaw Creek

20. Use books to decorate a wall
Elizabeth Sullivan Design via House of Turquoise 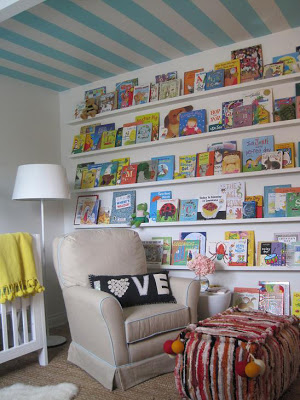 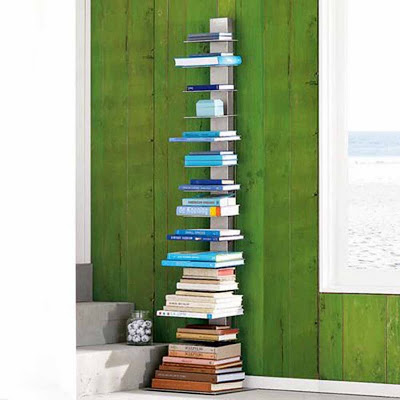 22. Use books to construct a bookshelf
Via This into That 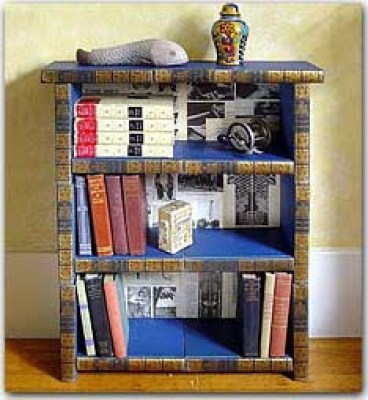 23. Turn a bookshelf into a house
I love the tissue box/smoke stack.
Via The Brooding Hen 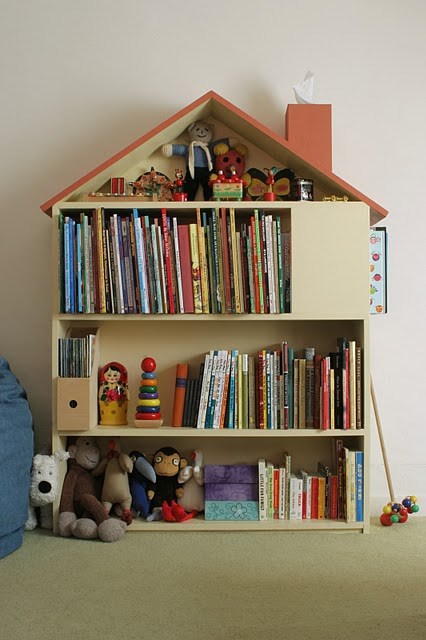 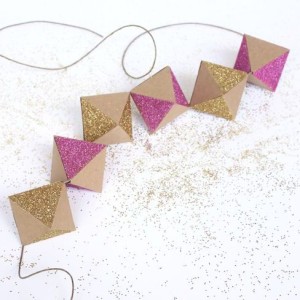 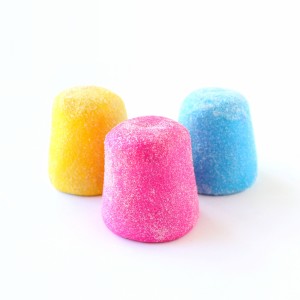 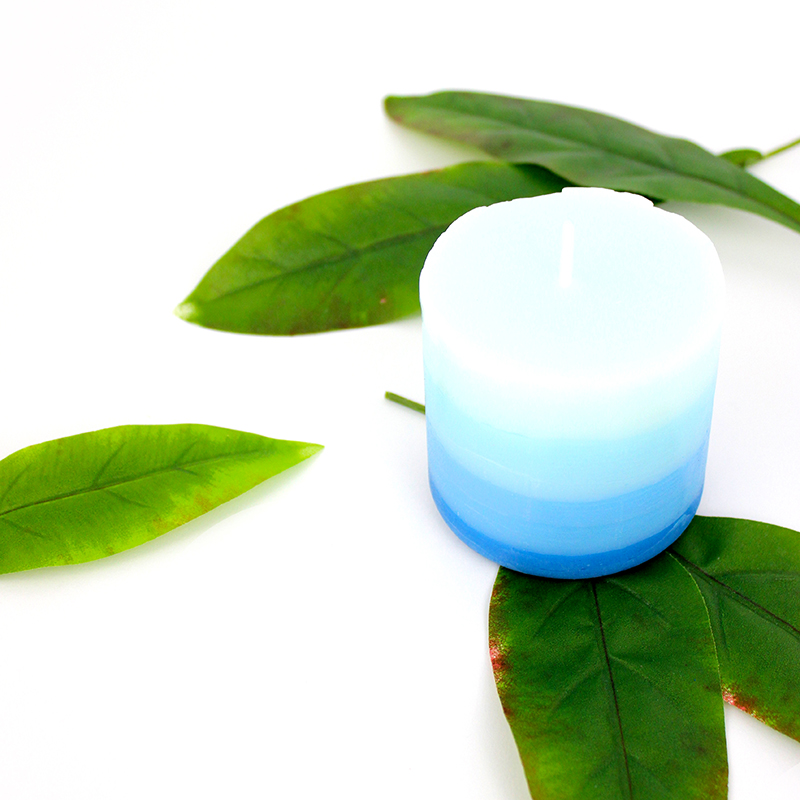