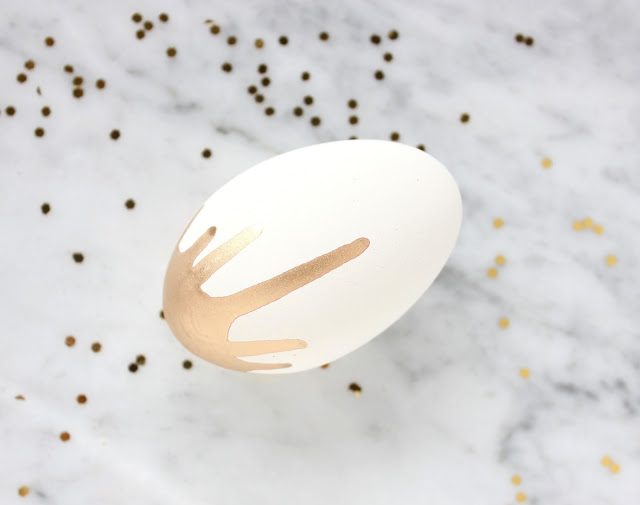 I recently got some Liquid Gold

for the first time. I’ve seen so many other projects where people have used it in the past, and I’ve been meaning to get some for such a long time, but I just kept forgetting about it whenever I headed to the craft store.
…and it’s better than I imagined. The paint is very heavy and shimmery. It has an unusual texture and density that makes it drip and gather in unpredictable ways. 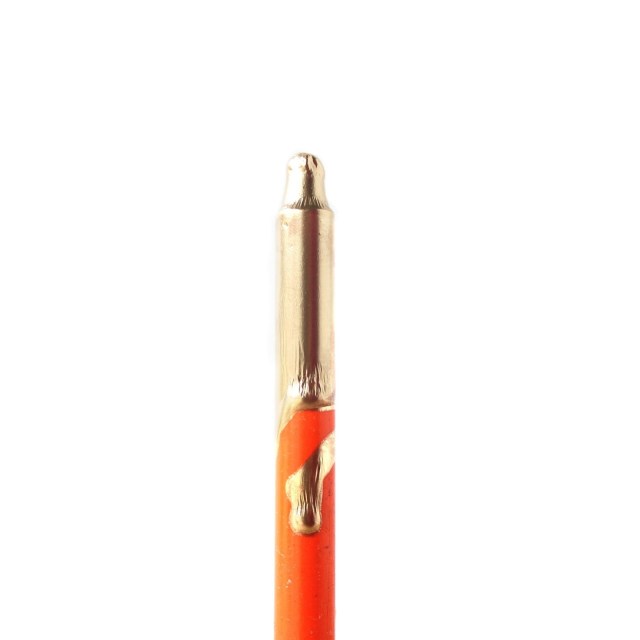 I had a lot of fun gilding things in my house… paint brushes, Easter eggs… I even dipped a crayon in the little jar just to see what would happen. Now if only the crayon would write in liquid gold! 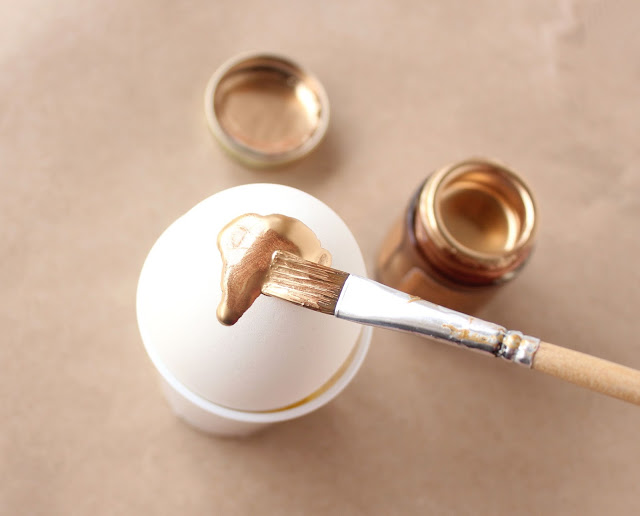 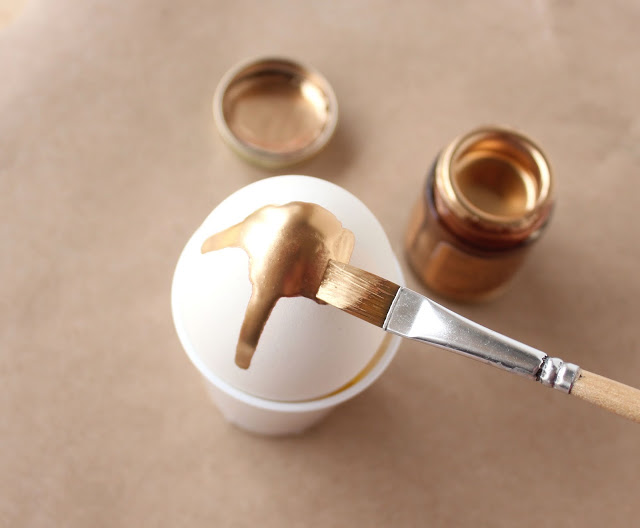 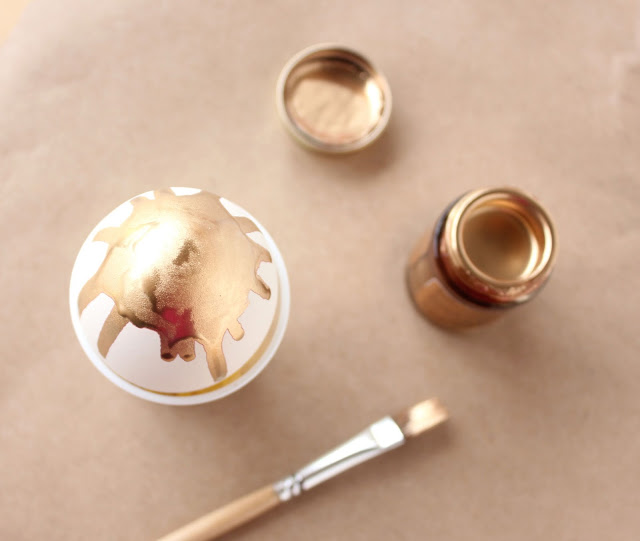 This is just about the simplest tutorial ever. In order to make these eggs, gather your supplies (Liquid Gold

and craft eggs). You can use an egg carton, a dixie cup, or even some play-doh to hold up the egg. I wanted to drip gold over the larger side of the egg. Start by painting the middle area of the egg. The Liquid Leaf is so heavy, it will drip down the sides on its own. Instead of trying too hard to make it drip, simply keep dabbing paint to the middle area near the edges, and it will eventually gather and drip on its own. Once the gold dries, you could flip the egg over and drip the other end as well.
What’s great about this drippy and messy project is that it’s hard to make a mistake, because whatever you do will end out looking intentional.
*This post contains affiliate links. I linked to the product that was cheapest on Amazon (Martha Stewart Liquid Gold), but for this tutorial I bought something called Liquid Leaf – Classic Gold at Joann’s with a coupon. The bottle is very small, but it goes a long way. 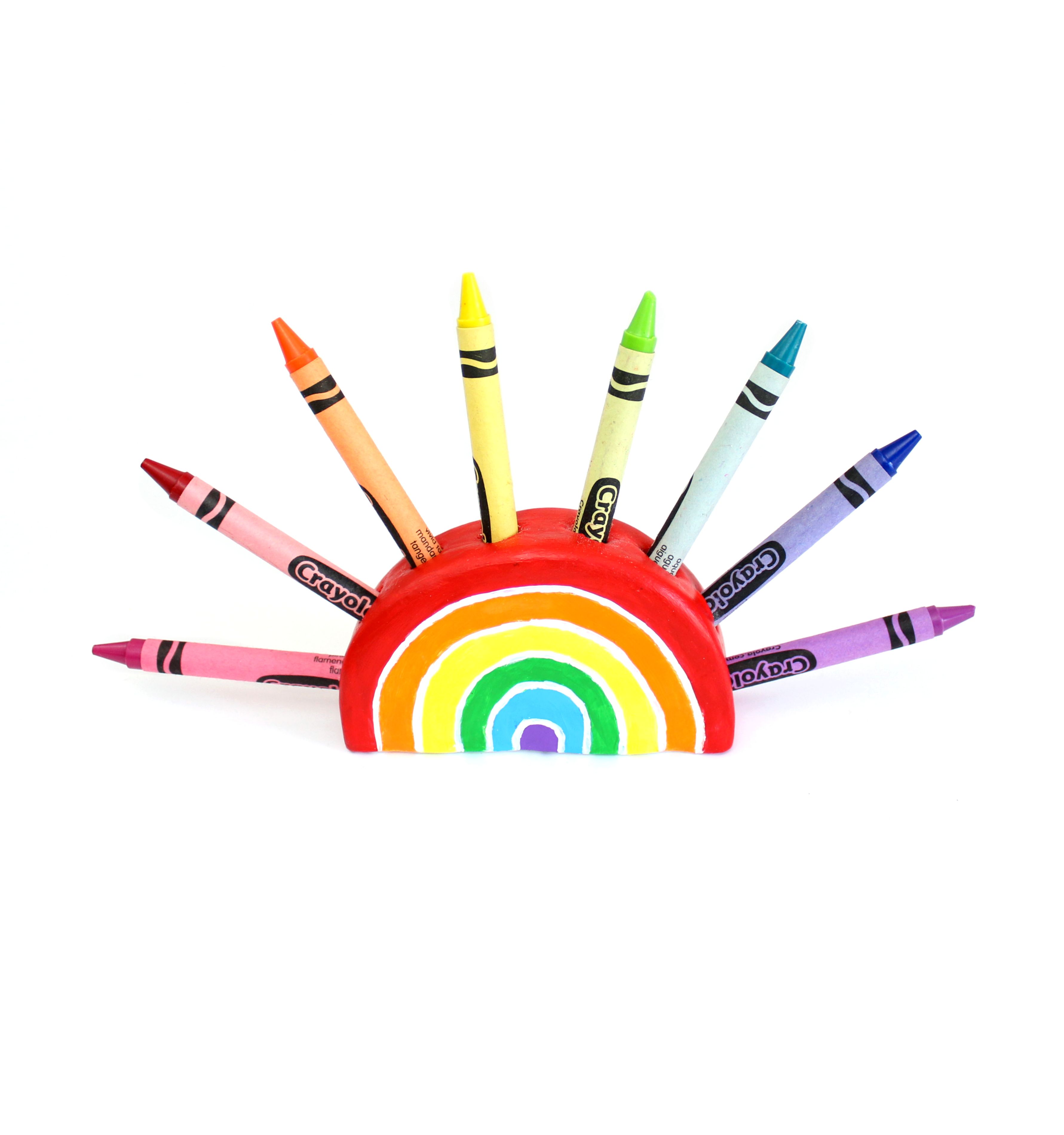 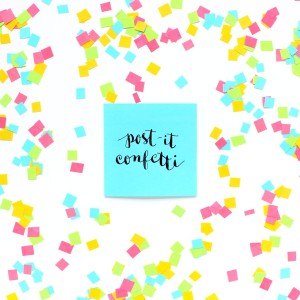 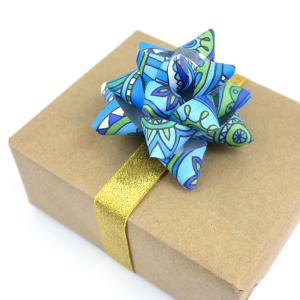